skip to main | skip to sidebar

Whilst remaining affordable the new PogoAlert system is manufactured from the highest quality materials and only uses the highest quality software. A GPS Camera Detector system is clearly only as good as it Camera software and that's why Pogo Alert utilises The Origin360 Database, ensuring that you can travel from A to B using the bestCamera Locaton Device possible and more importantly, without getting a Speeding Ticket!

Other units offer you the chance to know where speed cameras are on your route, but no other
satellite navigation system utilises Origins unique Origin 360 database. Origin 360 incorporates camera locations across Europe, so from London to Monaco you will always be protected.

PogoAlert offers even more unique features by using Origin 360's camera location technology. Unlike other portable navigators, Pogo Alert provides full, clear alerts, confirming the speed camera type, the speed limit at the point of the alert and counts down accurately to the hazard.

Here at autobra we have just had created a full bonnet and bumper car bra for our very own Supercharged Golf R32.

Please have a look at the pics below:

These are now in stock and can be speced with or without holes for the wssher jets depending on what look your after. RRP £115 inc vat and Free next day delivery

Origin technologies will soon be releasing a new range of products. All will be revealed very soon. Autobra UK will be one of the first selling there new Pogo Alert camera detector and the Pogo Drive gps satellite navigation and camera detector in one with lots of new bonus features that units such as the road angel navigator and snooper syrius and snooper indago don't have!!.

All will be revealed very soon....so watch this space...

Pogo GPS
Posted by AutoBra UK at 8:28 AM No comments:

As promised Autobra have now created a full bonnet and bumper car bra for the Mitsubishi EVO 9. Please have a look at the pic's below. they reatail at £115 inc vat and post. if you are interested then plese have alook at
our website: 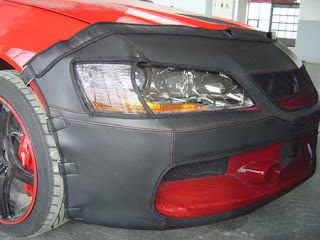 Posted by AutoBra UK at 1:24 AM No comments:

AutoBra - You Name the car we can get any Car Bra made!!

Autobra can now spec any vehicle model. so if your having trouble finding a car bra for your vehicle look no further than autobra UK. The only criteria is that its a production model car and not a one of vehicle, also if it has had after market modifications to the bonnet and bumper then we may have issues with this and can't guarantee it. 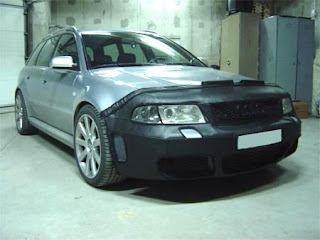 and also we will have in a week the Mitsubishi evo 6, Mitsubishi evo 8 and Mitsubishi evo 9 added to our car bra range...starting from £65 for just the bonnet car bra and £115 for the full mask and i deal solution if you use your car for track days or just general driving with out have to worry about stone chips.
Posted by AutoBra UK at 8:30 AM 2 comments:

AutoBra UK
We are a UK based company supplying tailor made car bra covers for a selection of cars such as Audi, Bmw, Bmw Mini, Porsche, Ferrari, Volkswagen, Seat, Skoda, Subaru, Citroen, Peugeot, Honda to name a few. All our Car Bra's are tailor made for each specific vehicle to ensure a perfect fit. We also sell the latest in GPS camera & Sat Nav systems such as Origin360, Snooper, Road Angel Blackspot. Authorised Resellers for the dension Ice Link Plus & Gateway Ipod intergraton Systems for your car.